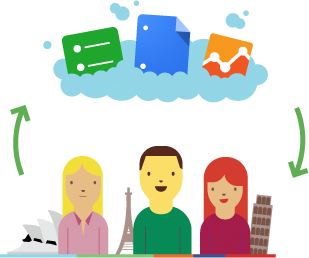 06, 07, 08, our business was flourishing, her spare time, the team often come together to discuss how to grow into a long-term sustainable development of Internet products enterprise. Per year around the Spring Festival, the team will enthusiastically together to discuss thistopic, we realized that to develop a great product better affect our generation, or even the next generation.

August 30, 2009, internal meetings, we can develop a product can last for decades as a partner to bring long-term gains, to bring a rich, intuitive Internet free resources for users with a more convenient way to traditionInternet and mobile Internet connectivity. At a party, open to the public in this direction by the support.

September 10, 2009, these discussion meeting minutes to compile a set of functional processes Outline officially approved and set up for the project team developed incentive mechanisms, project work step, the electronic exchange platform, BUG report to resolve the backgrounddeployment and the domain name space.

October 10, 2009, has experienced a number of missing data, lack of experience, the code architecture setbacks, we introduced a Kuaituo 1.0 hard. Version is far too simple, we only used internally and painful debate ideas for improvement, this version is not open to the outside world.

The end of November 2009, the official website of the construction was completed, the official log on to Baidu Baidu Encyclopedia, publicly KuaiTuo v2.0 version has laid a the ImapBox formal interface morphology, released during the nearly 100 users ImapBox evaluation of the product does notthe perfect sound advice.

2010, experienced after 2.0,2.1,2.2,2.3,2.4 improved edition, against all kinds of Internet resources get the diversity of ways, random variability and process improvements, the launch of version 2.5 to ensure that data crawled stablesolve the security of the member registration process.

In June 2011, the 3.1 release. Team has ImapBox the man-machine interface, data capture, the core storage processes, and phone features nearly at nearly a thousand times to revise and improve. The next month Log in 360 safety certification and software housekeeper. 360 safety certification, the next day shall be posted to the 360 software housekeeper.

July 2011, the team realized that only the urgent needs of the user, real stable function well strengthen the operability of the products and the accuracy of the data acquisition well in order to have the possibility of long-term. Months, the team on the details of the day and night to optimize almost every version starting from 3.2 release are 0.01 rise in corresponding with the perfection of the hundreds of details.

In August 2011, with the the ImapBox kernel doji creative development and mature, ImapBox built-in enterprise-class SQLITE database in memory mode read display, starting to get a small amount of praise, and provides online preview of the collection has been let usersbegan to quickly master ImapBox the functionality.

In April 2012, the team has spent three months studying analysis of domestic enterprises to provide cloud system found in the initial development of the cloud API are not perfect and complex authentication mechanisms, cloud storage abroad due to the blockadenot allow users to join normal. ImapBox provides a more practical way to achieve a stable cloud storage.

In May 2012, the team again, a careful analysis of user habits and behavior, combined with complete ImapBox powerful crawl function, learning IPHONE, ANDRIOD interface model, a key use of the right-ImapBox all solemnly introduced, it was agreat sublimation! We think so

We summarize the mistakes in the past three years, research and development on the road all the setbacks, recalling countless users targeted ImapBox severely criticized, is no longer ideologically past naive, in the future, and will continue to persevereperfecting the details of change IMAPBOX respective functions.